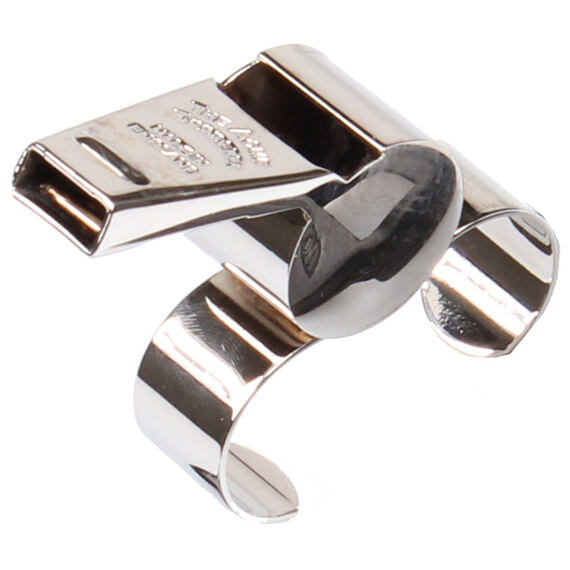 Metal whistle Acme Thunderer 58.5 / 477 has a deeper whistle 115dBA. It is the official whistle for CHL (Canadian Hockey League). Whistle is supplied with the tab on the fingers, which can be adjusted according to your needs.

About the brand Acme

Acme is the world's largest and most famous producer of whistles. The Acme brand was founded by Joseph Hudson, who previously worked as a farm assistant. He later moved to Birmingham, where he founded a whistle company. At first his business was small, but in 1883 a request came from the London Metropolitan Police. The police wanted to use the excellent properties of his whistle for better communication between the police officers. While testing a whistle, a police officer who blew his whistle was heard a mile away. This showed how good and exceptional those whistles were.

Over the next 135 years, Acme developed and patented more than 40 different types of whistles.

Today, these modern whistles such as the Tornado 2000 and Cyclone are used at top sporting events around the world. Here are just some of the sports and security organizations that use Acme whistles: NATO, FIFA, UN, FIMBRA, FINA. 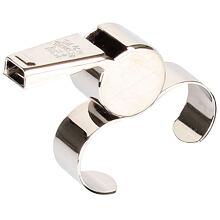 Small size, made of brass with a practical grip for your fingers and high intensity of whistle. 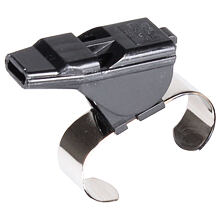 Made of plastic, with a comfortable grip for your fingers and high intensity of whistle. 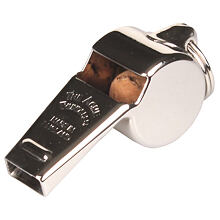 Made of brass, with strong deep whistle. A ring to attach to keys or a lanyard around your neck included. 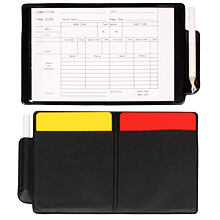 Referee's Cards in a Case

Set of cards for referees together with a note pad. The ideal tool for every referee. 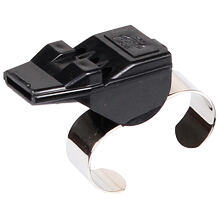 With extremely high intensity and grip for the fingers, official whistle for FIFA matches.