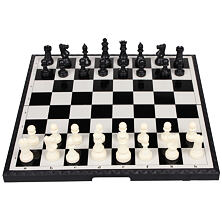 The world record in simultaneous game was reached by the chess grandmaster ing. Vlastimil Hrot in Cologne in 1984. During 32 hours and 30 minutes he played 663 games, always on 120 chessboards at once. He walked 50 kms during that.

Chess is one of the most popular games in the world. This is a board game for two players played on rectangular board (chessboard) with black and white fields. At the beginning of the game every player has got 16 figures in black and white colour. During the game the moves are made in turns - moving the figures on the chessboard. The aim of the game is the checkmate, this is such an attack of the king figure of the opponent which cannot be deflected. In our e-shop we offer classic wooden and magnetic chess suitable above all for travelling. We also offer the chess clock to measure the time accurately. 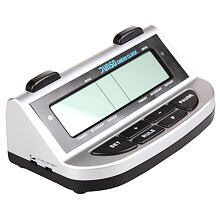 The professional game timer designed for chess playing, with a big LCD display, suitable for tournaments. 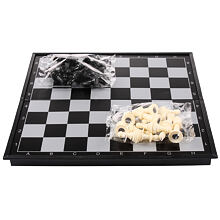 Classic chess with folding board for easier carrying. Available in three different sizes. 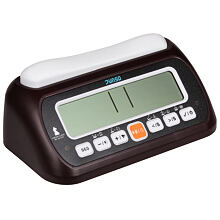 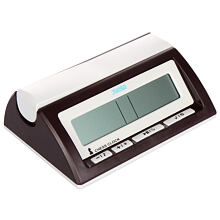 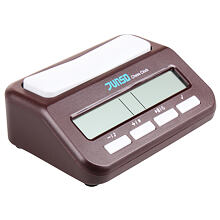 Small, digital clock designed for the chess playing. A good quality for a good price. 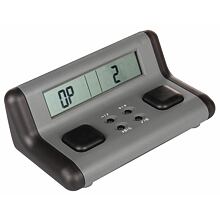 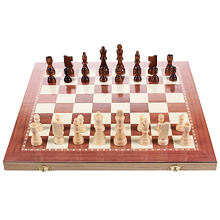 Its playing desk has got dimension of 39 x 39 cm, a luxurious design, easily portable. 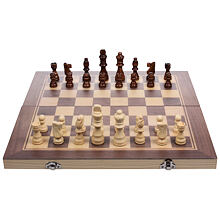 The amazing set for playing the chess, draughts or backgammon. Ideal fun for home and vacation. 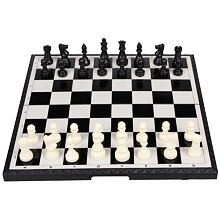 Plastic chess in classic design with magnetic plate, an ideal choice for travelling. 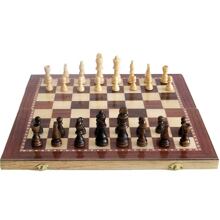 An ideal logical game for two at home and on vacation.